Rider Coaches for the program are all experienced motorcyclists. Each is certified nationally by MSF, and then by TNMREP.

Sometimes it is interesting to hear how people got started riding. It certainly is for Melanie and I. There was no way my parents were going to give me, or even allow me, a motorcycle or scooter as a kid growing up. I had cousins with a mini-bike, but that was about it. So, we didn't learn how much fun it was until our kids were grown adults and we made a business trip to Bermuda. There you can't rent a car, so the only transportation options are taxis or rent a scooter. We had so much fun that week that when I returned home, I decided to research the purchase of a motorcycle.

Well, for those of you who know Melanie, she was not about to be left behind and did not like riding behind me. I was not a very good rider (but certainly would not admit it at the time), and I insisted that Melanie enroll in rider training. As a show of support, I enrolled with her. I can not begin tell you how much I did not know.

A few years later, I found myself unemployed due to downsizing, so I became an instructor and immediately started Volunteer Motorcycle Training Service with Melanie.

Currently, I ride a 2003 Harley-Davidson Electragide Classic. I can not say that I won't buy another motorcycle, but I can safely say I have no plans to sell my 100th anniversary motorcycle. These will become a rare collectables some day. Maybe the grandchildren will enjoy it one day.

As I get older, I am becoming more appreciative of the old motorcycles that helped get many of us started, like the Honda Dream and Scrambler, the old Harley panheads and shovel heads, the Kawasaki 2-cycle three cylinder known as the widowmaker, the Harley Hummer and so many more.

We love to teach and share our passion for motorcycling. If I can be of assistance, send me an email.

I have been riding for about 22 or 23 years. I started with a Yamaha 650 for one season, then changed to a Harley-Davidson Sportster. Currently, I have a 2003 anniversary edition Harley-Davidson Heritage Classic. We have made several trips on our motorcycles, two of which were to Milwaukee for the 95th and 100th Harley-Davidson celebrations. Riding is such a thrill that is hard to explain. It is just like the saying goes "if I have to explain, you would not understand".

I am an Auditor by profession. I earned my Masters degree in December 2000. I am now working on my CPA certification.

I decided to become a Rider Coach primarily to help Steve when he first started the training course. I thought I was a good rider before taking the Rider Coach Prep Course; not a great rider but a good rider. Little did I know how much I didn’t know. Being a Rider Coach has sharpened my skills more than I could ever imagine. Even now, I attend the Experienced RiderCourse as a student to help keep my skills sharp. I really enjoy teaching the class room sections of the Basic RiderCourse.

I handle most of the registrations for our program, so if you need assistance, send me an email.

It was a fantastic life that I miss far more than I thought. It is the only job you get paid for doing the same thing you were doing when you were 18 years old, ridding around trying to get in trouble.They will even pay you to do it on a motorcycle.

I am a graduate of the Univ. of Tennessee and the F.B.I. National Academy. I was also one of the departments police motor course trainers.

I have two adult children, Steve a Nashville firefighter, and Amy, real estate financing. We have three grand children ranging in age from 12 years to 22 years.

I ride a 2014 Harley-Davidson Electraglide. I love riding and eating; do far to much of one and nowhere near enough of the other.

If MREP or I can be of assistance, send me an email.

I began teaching for United Sidecar in the very late 1980’s. After upgrading to a 1500 Goldwing in 1991, I became an MSF Instructor and have been teaching for the MSF ever since. I was also occupied with the GWRRA Rider Education program first locally, then with the state, a 5-state region then as a member of their International staff as a Newsletter Editor and doing seminars all over the US and Canada. I was always a student of motorcycle dynamics and had a column in a national magazine writing every month about the programs out there to improve others riding skills.

I became the National Director of the GWRRA Rider Education program helping over 75,000 members connect with resources to improve their riding in 1998.

I was working with many others and manufactures for several years in the mid and late 1990’s developing a program for the growing trike rider members and while the United Sidecar association, with the same thoughts in mind regarding trikes, changed their name to the Evergreen safety council we had a program for trike riders now being commonly used Nationally to this day.

I have gone through 4 1800 Goldwings now and can document over 1,200,000 miles just on Goldwings since 1981. I have been to every major national park in the US and most of Canada and Mexico where roads exist. I have ridden every coast road in the continental US, taught classes as far away as Newfoundland and only teach locally now for a great program in Hendersonville.

I was a part of setting up several rider course sites and was the original owner of the rider education program in Columbia TN and adjacent counties. My partner, Gene Phillips in Murfreesboro, became ill in the mid 1990’s and planned to retire and we sent one of our own to build up the program there. That group was taken over by another owner and now runs the programs in Columbia also.

Teaching for the Volunteer Motorcycle Training services exclusively now, I have grown comfortable that they have one of the very best programs available in middle Tennessee and welcome anyone that can grow or learn from all my 30 years of teaching motorcycle safety programs.

I still go by the nickname earned in the 1990’s, Rider Ed, so feel free to contact me.

My name is Darrin Carver and I’m one of the Rider Coaches for Volunteer Motorcycle Training Services.  I look forward to possibly meeting you in one of our safety classes.  I have been riding motorcycles since 2005 and have taken several MSF courses over the years.  They have ALL been very helpful and I highly encourage new riders and returning riders alike to take an appropriate safety course for their situation.  You won’t regret it!

I love riding and I love to teach new things to people so being a Rider Coach is the perfect job for me.  I currently ride an Indian Chieftain and love it but I have owned Hondas and Yamahas as well.  The freedom of the open road can be exhilarating and riding can be a lifetime hobby so get on two wheels and let’s ride! 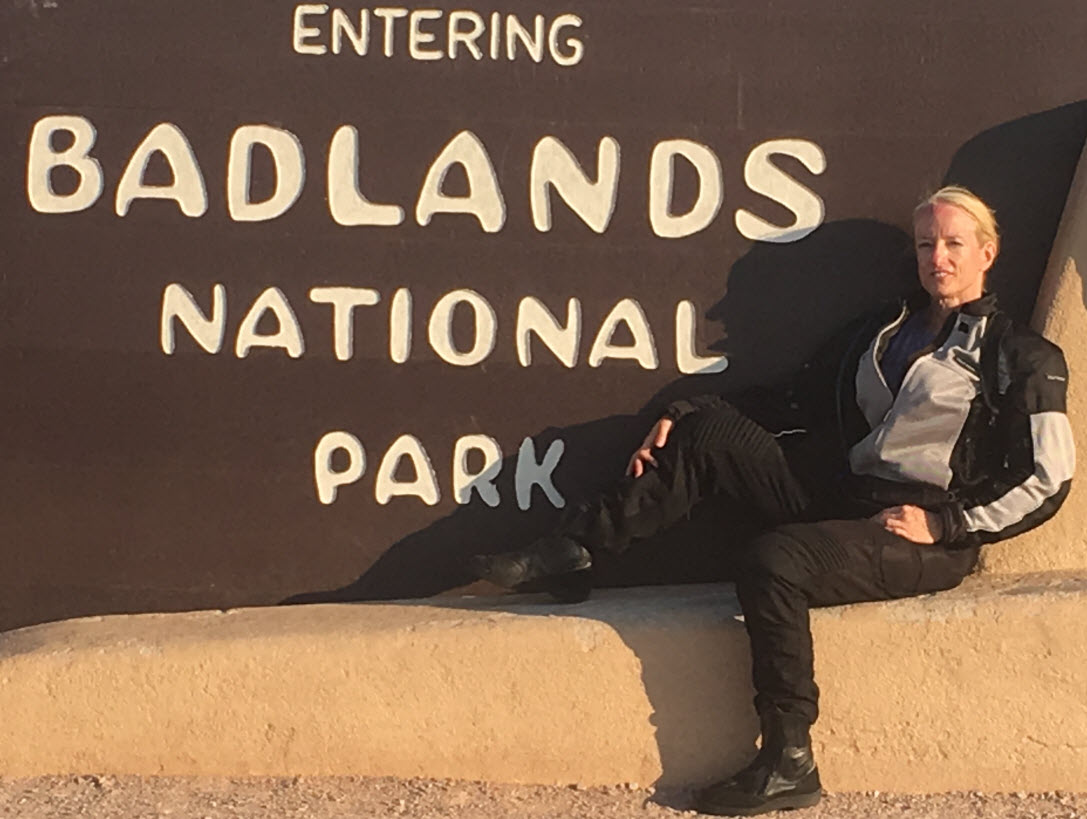 I never had the opportunity to ride until I took the Basic RiderCourse in 1997. I bought my first bike the next weekend and I was hooked. I've had many bikes since. I'm currently riding a BMW R1200RT, and enjoy many trips out west.

If I can be of help, please reach out. 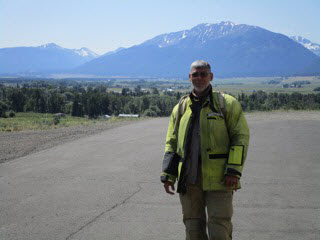 Hello all, my name is Wendell Soares and I have been a Rider Coach in the State of Tennessee’s Motorcycle Rider Education Program (MREP) since 2000. Like so many of my riding colleagues my motorcycling adventure started one summer may years ago with a group of us kids chipping in our money to purchase a red Cushman powered mini-bike and the rest is history.

Like you are about to experience, I too was introduced to the Motorcycle Safety Foundation (MSF) Basic Rider Course (BRC) back in the spring of 1983 or 1985 (can’t remember exactly) at Tacoma, WA and I have not looked back since.

I enjoy all types of motorcycling and have owned many different types of motorcycles throughout the years. Presently I own a touring, sport touring, and a dual sport bike. I am passionate about riding and helping others achieve their riding goals, which is the driving force for my enthusiastic participation within the State of Tennessee’s MREP.

I look forward to seeing you in one of our many courses in the upcoming riding season and remember to waive when you see me on the open road that leads to some of the most beautiful locals within our great country.

Check back for more information on Terri Swindle,

Motorcycling started at age 5 when dad took me for a ride on his Honda and safely secured me to the bike with a red strap so I would not fall off. We had different thoughts on being safe back in the early days. Santa had brought me a great Christmas present and I was off and riding through the back yard. One mistake I made was not turning and I crashed the front tire through the basement window. Poor bike was less than an hour old and already scarred for life. Grew up riding dirt bikes throughout my teens.

Flash forward to after college and I revisit my passion to ride on the road and leave the dirt trails behind. Went to a local shop and found the best bike I could afford and was ready to buy it to enjoy the open road. Another customer came up to me and asked if I knew how to ride on the road. The idiot 18-19 year old in me was upset he would question my riding abilities. So I told him I had been riding a long time and I can ride that bike. This guy took the time to tell me about the Motorcycle Safety Foundation (MSF) classes and how valuable they are for all riders. I shrugged it off but decided to think more about my bike choice. Ended up signing up for the MRC course by MSF and bought a bike to learn on; there was an 8-month wait before I could get into a class. I quickly found out riding on the road with traffic, people, and distractions, was much more involved than riding in the back woods or motocross tracks. Took the course as a student and could not believe the help it provided students, myself included. I passed the class and asked about getting involved as a teacher/instructor. That started me on my path to becoming one of the youngest instructors at the time, and really inspired me to continue to help other riders. I have been a MSF instructor/RiderCoach since 2002/2003. Advanced Rider Coach instructor. Avid track day rider. Generally anything motorcycle related I enjoy and will discuss with others any time.

I am very thankful to that random customer in the store who gave me that helpful information, which I continue to pass along these days. 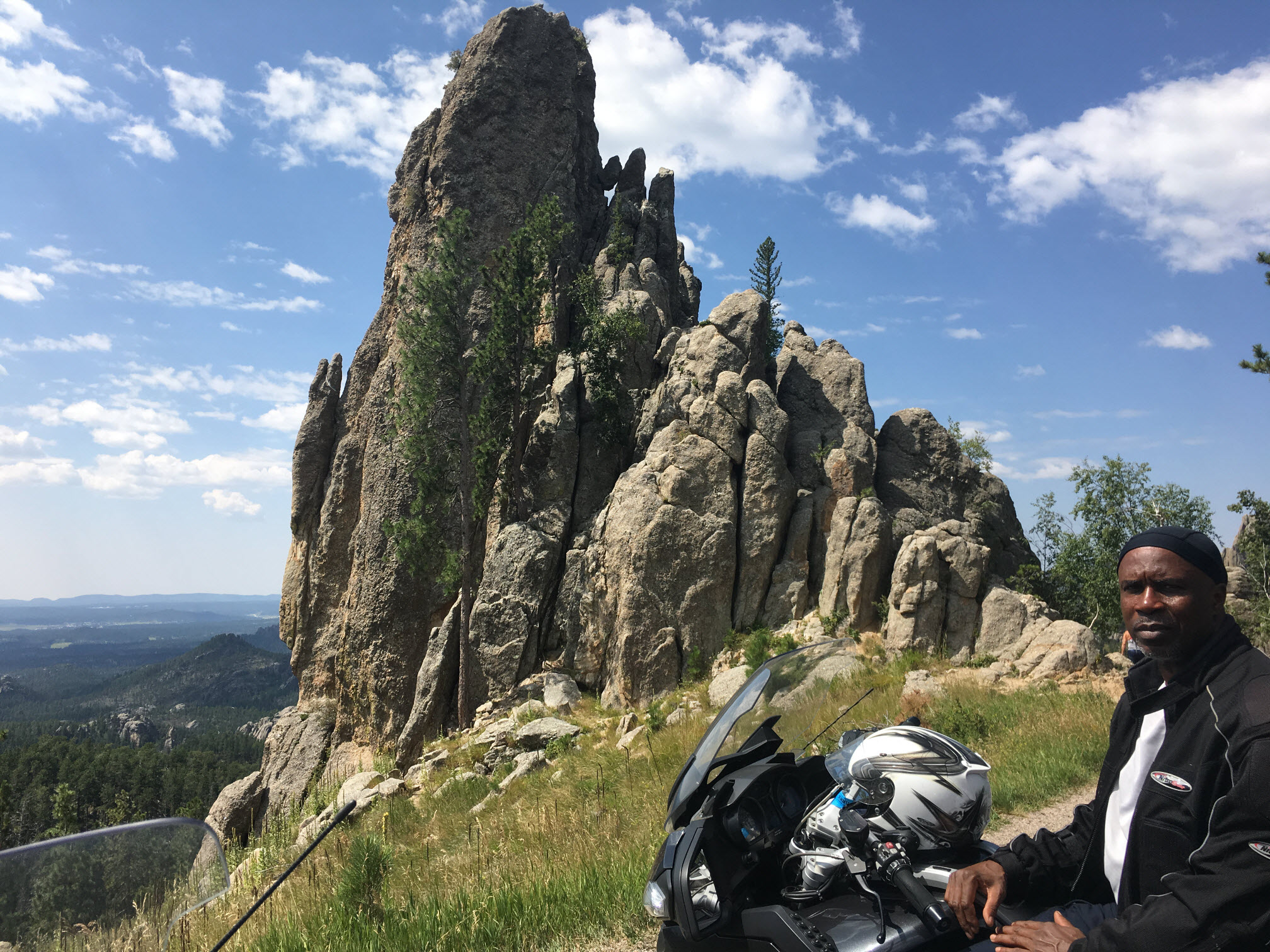 I started riding when I was 10 years old. I've owned many bikes over the years and currently own a Honda Valkyrie Interstate and a BMW R1200RT.

I enjoy taking long trips on my bike all over the US.

I enjoy teaching which allows me to share my passion and keep my riding skills sharp.